Working together to build safe, stable, and prosperous communities, locally and internationally.

We have moved our FoH flag Purchases to the Cornerstone park. Please come and see us there.

On Memorial Day weekend 2022, the Rotary Club of Green Valley in conjunction with the City of Henderson and the USO® will host our annual Field of Honor® throughout Cornerstone Park in Henderson. We will again be honoring our Heroes: veterans, fallen soldiers, active duty military, first responders, and community members who live the Rotary motto: “Service Above Self.” At last year’s, ceremony Mr. Wayne Newton and Henderson Mayor Debra March spoke. This year, we will have multiple programs on stage throughout the weekend featuring local citizens, performers, high school and college musicians.  The main program on Monday, May 30, 2022, promises to once again be inspirational and moving.

The Field of Honor® 2022 will be a breathtaking display of nearly 1000 American Flags recognizing courage, nobility of character, and achievements of those around us. A special area sponsored by the Rotary Club of Green Valley will be dedicated in remembrance of the 58 victims of 1 October.

Visit Our Virtual Field of Honor

A Special Thanks to Our Sponsors 2022 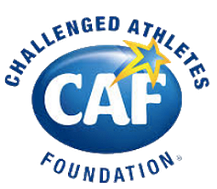 The Rotary Club of Green Valley is an award-winning club and the 2019 winner of the coveted District 5300 Governor’s Bell. We are a group of action-oriented professionals dedicated to serving the youth and veterans in our community. “Together Rotary Connects the World: us to our members; our members to the community and beyond.”

We meet on Thursday mornings at 7 a.m. at Wildhorse Golf Club in Henderson. For those who cannot join us early on Thursday mornings, we offer an alternative meeting program (AMP) which meets the second Thursday of the month at 5:30 p.m. at varying locations in the Henderson/Green Valley area.

We invite you to a meeting to get to know us or to learn more about membership contact:

Welcome to the Rotary Club of Green Valley's Facebook Page! Check back often to hear about the world's best Rotary Club!!

Thank you to everyone that joined us for our Field of Honor®️this Memorial Day weekend at Cornerstone Park. ... See MoreSee Less

Thanks to our volunteers from Creech AFB, the Henderson Police Explorers Program, and Findlay Honda for helping us assemble flags and plant them in our Field of Honor®️

Join us at Cornerstone Park this weekend as we honor our heroes. Special programs on Saturday evening at 6pm, and Monday morning at 9am. ... See MoreSee Less

Our Field of Honor® starts next Friday at Cornerstone Park in Henderson! Honor your heroes this Memorial Day weekend.
Please visit our flag display, take part in our programs on Saturday evening and Monday morning, and enjoy this community event. Thank you Delinda for representing our Club so wonderfully! Thank you 8 News Now for giving us the opportunity. All flag purchases for the Field of Honor®support our community service programs. Learn more on our website! ... See MoreSee Less
Play

On May 19th we welcomed Corinne Sloss from One Hope Wine Project and learned about their philanthropic projects!
Next week our morning meeting is at Cornerstone Park. We will be setting up for our Field of Honor event. Please join us Memorial Day Weekend as we honor local and personal heroes. ... See MoreSee Less

Fabulous Saturday social luncheon event for the members of the Rotary Club of Green Valley, hosted at the lovely home of Past President, Mike Peterson. Wonderful, tasty catetered barbecue spread and libations. Beautiful back yard and lots of shady seating by the lazy river pool. Both kids and adults had a great time floating around. We could buy and enter rubber ducks in 5 different races and the winning owners got prize money. It was so much fun! We also had a great surprise when member Dave Jochman and wife Sharon were able to attend. It was Dave's first appearance since he was sidelined recuperating from a plane crash. So happy they could join us! Thank you to Mike, Heather and son Nathan for hosting such a great social event for us! Monthly Social Events chair, Delinda Crampton, you hit a home run with this event today!! ... See MoreSee Less

What a FUN time! One of the huge benefits of Rotary is the friendships. Thanks for sharing a fun day with us!

Great time! Thanks, Mike and Heather, for hosting.

Miss this fun bunch! So glad to hear Dave J. is OK. Wow!

Sorry to miss all the fun ‼️

Sorry I missed it!!